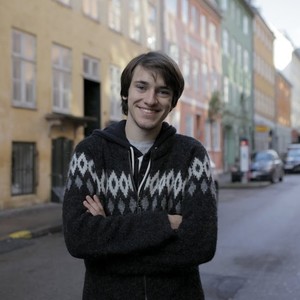 I give lessons to anyone wishing to learn Spanish, Italian, French, or Danish. A typical lesson will consist of practice in pronunciation, grammar, vocabulary, and practice with conversation and comprehension. Depending on the specific interests of the student, the classes can be tailored to focus on a certain geographic area occupied by the language, with respect to its history, cultural, dialect, or any other nuance.

I have studied languages for a total of ten years. I have a passion for languages, a deep understanding of how language works, and a love for sharing this understanding with those who are interested in acquiring a second (or third, or fourth, or fifth!) language.

I have taught language lessons for a year, in both Spanish and Italian, to approximately 20 students. Those who learned introductory Italian with me greatly improved in their conversational abilities, and many continued to the next level the following semester. The pupil to whom I taught Spanish was able to pass out of Spanish I by the end of the summer, and go straight to Spanish II, with very little prior experience in Spanish.

Since I have to apply a surcharge for travel, the prices purchasing a pack of hours when travel is included will be $180 for 5 hours, and $360 for 10 hours.