Learning About Roman History At School Are you a student with an interest in Ancient Roman History? Or do you find the subject of the Ancient World hard or boring and want some extra help with getting motivated? See below for an overview of Roman History and how you can test yourself on the momentous events from this imperial period. 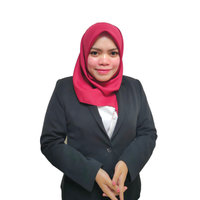 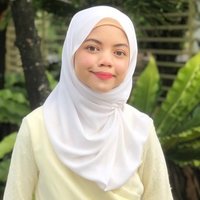 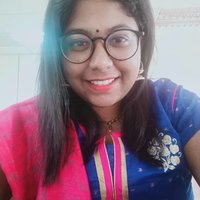 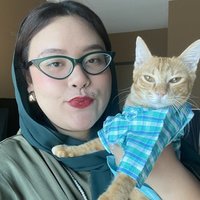 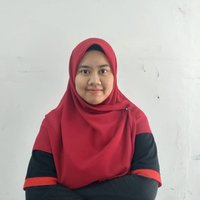 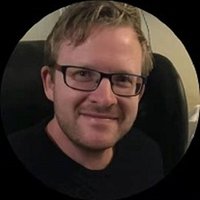 Despite what some may say about History degrees being useless, History is a hugely important subject as it teaches us about the world, our country, our towns, and our civilization and how these came to be what they are today. It is a vital component that continues to guide and influence us, even though those big historical events happened hundreds, if not a thousand years ago!

Not only is the subject relevant to those who want to study or work in an environment that requires historical knowledge, like archeology, for example, but it is also very valuable for all of us to understand what our ancestors went through to make the life we live possible.

That is why it is so important for children to know about their past as early as possible, enabling them to grow in curiosity and begin to wonder not if, but how, they can be one of the people or part of one of the movements in time that changes history for their descendants. And this doesn't just mean by aspiring to be a country leader like a president or a member of parliament!

Children, and adults for that matter, often don't realise is that all of the historical events in non-fiction books and History textbooks are directly linked to them and their personal history! Everything has a knock-on effect in life, and History proves this by offering factual evidence of how one action can impact on another and lead to a series of events occurring that otherwise might not have occurred. History is a bit like a series of 'what if?'s but, unfortunately, we can't change the course of History. As much as we'd like to change some things about the past, like wars and slavery...

Even things that happened in Ancient Greece or the Middle Ages impact on society today, so it is important to learn about these times, even if only briefly, to understand the next stages of History that lead us to modern day.

Roman History, in particular, is very important to our national History education because Rome once controlled most of Europe and many cultural influences remain in Britain today.

The place of the Romans in kids' History is the same as for adult's History, since they are the same!

However, what we mean by focusing on 'kid's History' is that there are some facts that don't necessarily need to be mentioned when it comes to teaching youngsters about those times. For instance, History teachers working with young year groups tend to keep lessons lighthearted and full of fun facts about History to prevent pupils from getting bored or scared and also to encourage them to want to explore and discover more about the world.

Furthermore, as children, young pupils might be more interested to know about the kids' lives during these historical times, without needing to know the ins and outs of battles and conflicts. In a way, this allows them to retain a bit of their innocence, unlike those children who would have suffered at the hands of leaders of horrific regimes.

They may like to know, for instance, that Roman kids went to school just like they do now, they may wish to discover the types of Roman games they played and other fascinating facts that they feel they can relate to (or not as the case may be, because Romans wouldn't have had gadgets like mobile phones to entertain them!).

Aside from Roman children, there are so many different areas of Roman History to learn about, including Roman Civilization, Roman Legion, Roman Baths, Roman Numerals, Romans Food and Cooking, Roman Clothing, Roman Law, Roman Religion and Mythology, Family Life in Rome, Roman Emperors, Slaves and Peasants in Rome, the Role of Women in Rome, Roman Art and Literature etc...

For now, however, we will focus on sharing an overview of Roman History, including a timeline of noteworthy events.

But first, please take a moment to chime in: should fictional characters on the telly be used to teach kids about history?

Thanks to the Ducksters Education Site, we are able to provide you with a brief timeline of some of the major events in the History of Ancient Rome, from when it all began in 753 BC to its downfall in 1453 AD.

753 BC - The city of Rome is founded. Legend has it that the twin sons of Mars, the god of war, named Romulus and Remus founded the city. Romulus killed Remus and became ruler of Rome and named the city after himself. Rome was ruled by kings for the next 240 years.

509 BC - Rome becomes a republic. The last king is overthrown and Rome is now ruled by elected officials called senators. There is a constitution with laws and a complex republican government.

218 BC - Hannibal invades Italy. Hannibal leads the Carthage army in his famous crossing of the Alps to attack Rome. This is part of the Second Punic war.

73 BC - Spartacus the gladiator leads the slaves in an uprising.

45 BC - Julius Caesar becomes the first dictator of Rome. Caesar makes his famous Crossing of the Rubicon and defeats Pompey in a civil war to become the supreme ruler of Rome. This signals the end of the Roman Republic.

44 BC - Julius Caesar is assassinated on the Ides of March by Marcus Brutus. They hope to bring back the republic, but civil war breaks out.

27 BC - The Roman Empire begins as Caesar Augustus becomes the first Roman Emperor.

64 AD - Much of Rome burns. Legend has it that Emperor Nero watched the city burn while playing a lyre.

80 AD - The Colosseum is built. One of the great examples of Roman engineering is finished. It can seat 50,000 spectators.

121 AD - The Hadrian Wall is built. To keep out the barbarians a long wall is built across northern England.

306 AD - Constantine becomes Emperor. Constantine would convert to Christianity and Rome would become a Christian empire. Prior to this Rome persecuted the Christians.

380 AD - Theodosius I declares Christianity to be the sole religion of the Roman Empire.

410 AD - The Visigoths sack Rome. This is the first time in 800 years that the city of Rome has fallen to an enemy.

476 AD - The end of the Western Roman Empire and the fall of Ancient Rome. The last Roman Emperor Romulus Augustus is defeated by the German Goth Odoacer. This signals the start of the Dark Ages in Europe.

1453 AD - The Byzantine Empire comes to an end as it falls to the Ottoman Empire.

At the end of each educational page featured on Ducksters Education Site, you can benefit from a link to a mini quiz. For example, to take 10 questions about the timeline of Roman History, you can complete a fun quiz to ensure all of the information has gone in.

To find more resources to help you answer some of those all-important questions about History, specifically Roman History for kids, then why not visit websites like:

You can also find a range of educational videos on relevant websites or simply by searching on YouTube.

For example, the BBC has produced an excellent video as part of the Hands-on For Kids campaign which outlines a day in the life of a ten-year-old in Roman Britain, which is exactly what your little one needs to know about in order to get any context or perspective on the period.

The BBC Bitesize pages are, as ever, a great resource for any pupil in UK education as it offers facts, accounts, summaries, quizzes, games and much more.

Furthermore, the channel Happy Learning English offers an educational video that you can also stream on YouTube and which teaches about the Roman Empire.

If it's predominantly questions you are after, then another great website is Education Quizzes, which covers revision for subjects from KS1 to GCSE level, with a focus on fun, quiz-based learning. You can scroll down a long list of quiz titles to find the particular topic you are studying, in this case, Romans - Everyday Life, Roman Army, Romans - Religion, and Romans in Britain.

Teach your children about Ancient Egypt and the fascinating civilizations.