Not everybody has the opportunity to catch a musical whenever the mood strikes them.

If you live in London, Glasgow, Cardiff or any other major city, you certainly could attend a Broadway production, a revival of a formerly popular show or revue but if you live in the Scottish Highlands or deep in the Pennines, catching a show is a treat that demands careful planning.

That being the case, isn’t it great that technology has advanced?

Today, with Blu-Ray discs and high definition televisions, and especially if your home theatre system is equipped with surround sound, nothing says you can’t enjoy your favourite Broadway productions in the comfort of your own home as though you were in the plushest of theatre seats.

Even before such technological marvels turned your home into a theatre, musicals have been made into films shown in cinemas, at least until laser discs and video cassettes came along.

Remember Singin’ In The Rain? Fiddler on the Roof? Both were Broadway musicals before they became cinematic smash hits. If I were a rich man…

Yes, riches played a part on Broadway and in London’s West End theatres.

It was long held for true that only the well-to-do could pay for such entertainment; indeed, musicals of the 40s and 50s were carefully planned to appeal to society’s middle and upper classes. The same holds true today.

A 2013 study revealed that wealthier and more educated people prefer jazz music and musical theatre to country music, heavy metal and rap. Could access to such ‘rich’ music have been the barrier to mainstream society enjoying such treasures all along?

Filming the greatest musicals was the perfect way to level the playing field.

Now, rather than Tony Award-winning shows running only in major cities’ culture centres, stories set to music can reach every part of the country, first in cinemas and, with the advent of home entertainment systems, in private homes.

Your Superprof now takes a look at some of the greatest titles ever featured on stage that found their way into cinema… and/or your television. 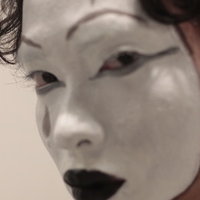 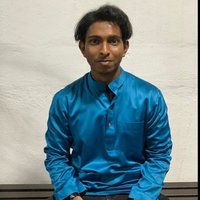 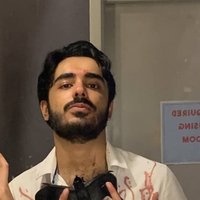 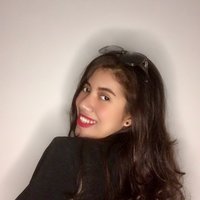 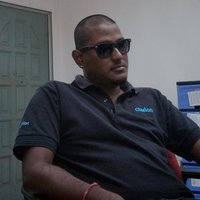 Before we explore the glorious period of musicals staged from the 1940s to the 60s – what is known as the Golden Age (of Broadway, typically), we present a few facts.

Around that time, New York City became the cultural centre of the western hemisphere and has remained so ever since.

That is why the Golden Age of Musicals typically refers to shows that ran on that illustrious stage as well as off-Broadway, the Lincoln Center and other houses in the New York’s theatre district.

That era happened to coincide with new technologies in the film industry.

After several stops and starts, ‘the talkies’ as sound film was called replaced silent film, opening up the medium to more expressive presentations that included singing. In cinematic terms, by the 1940s, the stage was set for lavish musicals.

One musical film you may be familiar with is The Wizard of Oz. It was filmed in 1939 but it wasn’t until it was re-released 10 years later that it became a hit. It took that long for the American musical to catch on with cinema-going audiences.

Another film of that era that was wildly popular with American audiences is Oklahoma! - which firmly placed the writing team of Rodgers and Hammerstein at the forefront of the musical film wave.

Their next two big titles, State Fair and Meet Me in Saint Louis could be described as cut from the same cloth but their later contributions – Cinderella and The Sound of Music firmly established their legacy as one of musical theatre’s greatest writing teams.

So accomplished are they that their work has garnered no fewer than 34 Tony Awards and 15 Academy Awards!

Footnote: naturally, there were many shows prior to this era of Broadway musicals – Show Boat and No, No Nanette among them. Both of those were made into films, as were many others that ran before movie studios’ emergence as the prime entertainment factory.

Now, for a theatre quiz question: what are book musicals?

While the likes of Irving Berlin, Lerner and Loewe and the above-mentioned songwriting duo of Rodgers and Hammerstein were revolutionising musical theatre in the US, our Andrew Lloyd Webber’s work was setting fire to stages all over West London (not literally, of course).

He was still a teenager when he was introduced to his longtime collaborator, Tim Rice. Their first effort was The Likes of Us, a musical about a philanthropist who opened homes for poor children.

Although the show is well-received today, in 1965 they couldn’t find any backers - sponsors who would help them stage it. Undaunted, they moved on to other projects.

They enjoyed a measure of commercial success with other collaborations but it wasn’t until Jesus Christ Superstar that the duo became a household name.

The 1973 film of the same name was more of a film in the true sense – shot on location in Israel but the updated 2000 video release was more like the stage show. Of course, both versions incorporated the fantastic music.

And the hits continue…

Cats was nothing if not a phenomenon on stage, breaking box offices worldwide and smashing records for the longest run of any stage show.

The film version was released direct-to-video in 1998, nearly 20 years after its debut at the New London Theatre.

The string of hits caused some theatre aficionados to aver that Baron Lloyd Webber is the master of the concept musical but it was Cats that ushered in the era of the mega-musical.

Of all the music and shows that Lloyd Webber contributed to, perhaps none is more renown than The Phantom of the Opera. Like so many of his other shows, this story has its roots in literature; a French novel written by Gaston Leroux.

Again, there were nearly 20 years between The Phantom’s stage debut at Her Majesty’s Theatre in West End and the film’s release.

Some tend to think of Broadway shows as the alpha and omega of music theatre. Clearly, those who think so overlook the theatrical genius of Great Britain’s Andrew Lloyd Webber!

Join the discussion: are jukebox musicals theatre gold or a lazy shortcut?

When one mentions they are going to buy tickets to see the latest musical comedy, a Disney film is not exactly what springs to mind.

In fact, Disney has been on the film musical bandwagon pretty much since the genre’s inception; their very first animated feature film was Snow White and the Seven Dwarfs.

Surely you remember tunes such as Whistle While You Work and Hi-Ho, Hi-Ho, right?

Because they are animated works, people tend to categorise them as children’s entertainment, which they are designed to be but, if you think about it, many Disney films are musicals.

Take The Lion King, for example. It is Disney’s 32nd full-length animated film. Memorable and evocative, it capably carries on that studio’s tradition of weaving music into an engaging storyline.

Not all of Disney Studios output of that time was animated. Think Mary Poppins and Beauty and the Beast – a story they apparently liked so much that they made both an animated and live-action version of.

Because so many Disney songs become mainstream pop hits (Let it Go, anyone?), you might be tempted to think that many of their musical films should be categorised as pop/rock musicals… that would not be correct!

Note: You can take acting classes on Superprof.

If, as mentioned at the start of this article, the goal of film musicals was to bring the genre to the wider public, the experiment has met with astounding success.

Anyone who belts out ‘Go The Distance’ (Hercules, 1997) when they need inspiration or Hakuna Matata when they are happy is unwittingly giving testimony to how pervasive the Broadway musical has become.

Recently, we’ve seen a reversal in the order which shows are put on and produced. Rather than a new musical finding success on stage and then being made into a film, cinema audiences are the first to see new musicals. Fans of radio are simultaneously treated to hit songs from the film.

And then, the music and lyrics play out on stage, generally to a more limited audience than the film. We’re not talking only Disney films, here; it’s many different types of musicals.

Think of the 2016 Hollywood film La La Land, for instance… but clearly, Disney fare takes the lead. The Lion King stage show was a sensation and Frozen drew rave reviews.

The irony is that, while some would not be caught dead attending a Disney film premiere, catching the Broadway debut of Frozen would be a feather in one’s social cap.

But then, all of those statistics could give no reflection on anyone who gets tickets. Statistics show that close to half of all West End theatre tickets are sold to tourists…

Perhaps only film musicals will survive, and maybe that’s a good thing. No need to wait for a Fair Lady revival to tour the country; just pop down to your nearest video rental outlet – or, better yet, stream it from your preferred digital service.

Now, your musical theatre questions answered: what is a revue musical?