Learn French from the best

You Should Learn These Ten French Phrases! BlogLanguagesFrenchTen French Phrases You Must Know

Every culture has its mores: what is socially acceptable, and what is reprehensible. French people are no exception!

To put that in perspective: would you dare call our Sovereign by her given name?

Thus it stands to reason that, in thinking about ten must-know phrases, the crucial element would be to whom those phrases would be addressed to.

There would be an expectation of formality in business dealings or upon meeting someone for the first time, but you could revert to a more casual vernacular with friends, and people your own age or younger.

We also have to consider the circumstances under which those phrases would be uttered.

Would you be a traveler, holidaying in the lavender fields of Provence? A student at university, talking to mates? In Belgium, representing your company? Or shopping in Bordeaux's Rue St. Catherine?

Winnowing all of the French language's turns of phrase into a shortlist of acceptable speech is quite a task.

Nevertheless, we're up to it, so here we present French expressions you must incorporate into your vocabulary as soon as possible.

We'll also add some that you should never say, in mixed company or not.

One sure-fire guarantee: you should always say bonjour and merci, no matter what the circumstances of your encounters are.

These basic manner words are suitable for every occasion. One phrase that is not is bonne nuit, even though it means good night.

This phrase is reserved for the people in the same house as you... NOT the same hotel!

To wish someone a good night, it would be best to say bonsoir. You could even get by with au revoir.

If you are really friendly with the person you are addressing, you could use Salut! as an informal greeting, and upon parting.

Note: You can get the best tutors for French lessons on Superprof. 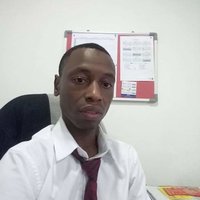 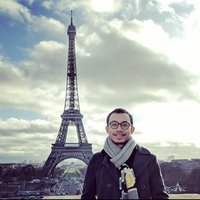 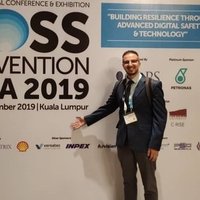 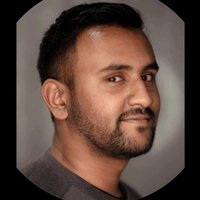 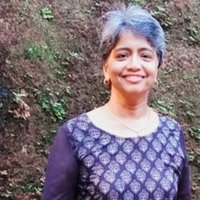 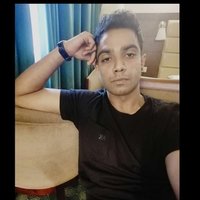 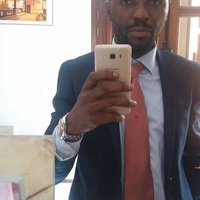 As a Traveler, You Should Say...

You have just started your french lessons, and are still at beginner level. You know how to say simple things from your French course, but...

Your trip to France is coming up, and you hope to know enough basic French to get by as you prowl the cliffs of Normandy.

Here are a few helpful words in French to add to your phrasebook:

Using just these phrases, you could have an entire French conversation:

J'ai besoin de monnaie is a good phrase to know. It means that you need to change a large bill into smaller denominations and coins; perhaps for a parking meter, or for a city bus.

Please don't use j'ai besoin de change; that would suggest that you need a change of clothes!

Although many French words and phrases appear in English, and are even commonly used in our daily conversation, the context in which they are used differs from one country to the next, sometimes greatly.

The above sentence about needing change is a fine example of such.

Another great expression to know is comment allez-vous? Meaning: How are you doing?

If you meet someone you've seen before but are not yet friends with, such as a shopkeeper; by using that phrase, preceded by bonjour, you will have mastered the art of French greetings.

You may be comforted by the plethora of French speaking people who also speak your native tongue, but the French are uniquely proud of their language, and you would surely earn a lot of goodwill by at least attempting to address them in French.

Give it a try; it's not hard! Take French lessons online on Superprof today.

Whether you attend any of France's prestigious universities or just backpack the pilgrims' trails across the south of France, any free-spirited person would fare well by knowing a few French slang phrases.

Let us start with the ultra-informal Tu fais quoi?

It literally translates to: you're doing what?, and is much easier to say than its more cumbersome formal counterpart: Qu'est ce que tu fais? – What is it you're doing?

Although English speakers might routinely say what'cha doin'? as an informal of greeting, common sense dictates that you should not approach your grandmother, your boss or anyone else in a position of authority in that manner.

Unless you have a really hip grandmother or boss, that is.

Should you be engaged in a spirited discussion with mates, you may hear one or the other utter Ouais, enfin; whose English equivalent is Yes, well...

Translating this ubiquitous space filler into English makes it sound contentious, but really, there is no bad intent to it.

You could use the colloquial Ouais in the place of oui... but only if you are among good friends.

If you ask to try on something before you buy it, the shopkeeper might say mais oui, or bien sûr; or all four words, as an emphatic agreement!

A word you are likely to hear in conversational French is actually contradictory to the image of casual conversation.

Bref is used to summarise a narrative.

After you've told a long and winding story, you might conclude it with in short or in the end.

We were supposed to go to Limoges to tour porcelain factories, but it rained so hard the bus driver could not get out of the parking lot. Bref, the outing was scrapped.

We've said before that spoken French has such amusing turns of phrase, and this is one of them: ça me donne le cafard – that gives me the cockroach.

Can you imagine the circumstances under which anyone would use this delightful idiom?

Returning to the above conversation, about the tour being rained out, you might enjoin that cockroach phrase to express how gutted you are about things not going well.

You can also say j'ai le cafard – I have the cockroach, to express a depressed mood.

Even though you don't feel like the life of the party right then, please do not say je suis le cafard/I am the cockroach. You would certainly earn yourself some very strange looks, and perhaps a bit of laughter!

Speaking French can be so much fun! For all of its formality and tradition, discovering that the humble cow depicts things in their extreme, who can resist wanting to learn more such French phrases?

Ça serait vachement bon! (that would be brilliant!)

In that spirit, we direct you to a list of incomparable words and phrases that you can use in casual conversation, to brighten up any topic!

Maintenant, retournons a nos moutons! (Now, back to our topic!)

Should you get assigned to the Paris office of your company's concern, it would be most likely that you already speak fluent French.

However, business doesn't only have to do with how your earn your living.

You may be shopping or – heavens forbid!, become injured and have to visit a doctor. In that case, a more formal vernacular would be beneficial.

Let us now expose vocabulary you might use as official language in any transaction.

These equate to Mister, Missus, and Ladies and gentlemen; French greetings that are used at every occasion save when young people meetup.

Learning the language of business can be an intricate affair because such dealings are normally conducted in a very formal manner in France.

The best way to learn French for business, strangely enough, is to memorise a few working phrases that fall outside of professional terminology.

Get your flashcards ready...

Je vous en prie – I beg of you: can be used to ask someone's opinion, or to acknowledge when someone wishes to speak. It is also a way of saying you're welcome.

Les honoraires has nothing to do with dignified people; it concerns collecting fees!

That last phrase should serve as a cautionary note regarding translations, and translation software.

We would recommend asking for the meaning of any phrase you do not understand, especially in business environments.

It would be a grave faux pas to misinterpret French vocabulary in an attempt to appear savvy. The end result could mean a loss of esteem, or worse!

We leave you now with a chart of ten words and phrases you might not yet have absorbed in the course of your French learning, to supplement the new words liberally sprinkled throughout this article.

After studying these, you will surely say merci beaucoup!

To learn about the benefits of relocating to France, follow the link! Need to decide which French university to attend? There's an article for that, too!