Learn Drum from the best

A Guide the Main Parts of a Drum Set BlogMusicDrumsThe Parts of a Drum Kit

If you decide to study percussion, especially modern drumming, you will be confronted with drum kits - different types of drum set up so they can all be played by one drummer. 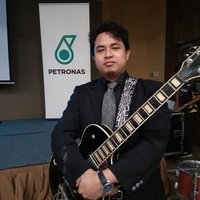 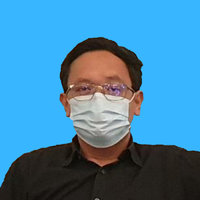 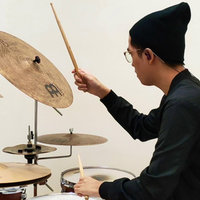 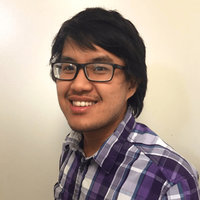 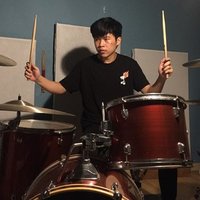 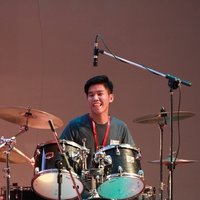 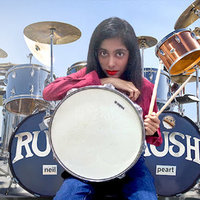 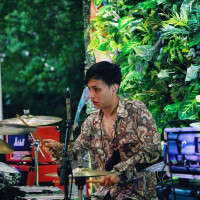 History of the Drum Kit

Experiments with foot pedals in the 1820s opened up the possibility of playing two instruments at the same time. The first drum sets appeared around the 1860s. Music-hall music and the emergence of popular music venues made conductors all the more eager to cut down on the number of musicians they have to pay. Anyone capable of playing several instruments at once was a welcome addition.

This was generally a bass drum, a snare drum and cymbal, played with hand-held drumsticks. But the invention of the “low-boy” pedal for cymbals led to a technique called “double-drumming”. In it, the bass drum was played on beats one and three while the snare drum was played on the other beats - and for the first time, the cymbals could be played simultaneously.

The drum set was originally called a trap set; drummers using it were called trap drummers. While the overhang pedal for the bass drum was known since the 1870s, it was not immediately popular, many drummers preferring to continue in the double-drumming style. As more and more companies offered solutions for a drum pedal, the bass drum became the kick drum, liberating the hands for more complicated fills and drum rolls with the snares.

These pedals were often rather slow or unreliable in their timing until the Ludwig & Ludwig Co. patented the first truly reliable bass drum pedal in 1909. Now nothing stood in the way of the full potential of the kick drum.

Very often, early trap sets were set up by each individual drummer, and while the combination of instruments - snare and bass - was fairly common, stands or traps could hold any combination of toms, gongs, tambourines… and, in fact, still can.

Also discover the different components that make up a modern drum set!

The basic modern drum kit, though, arose in the 1920s vaudeville bands. Baby Dodds, a drummer playing riverboats on the Mississippi with Louis Armstrong, hung a side cymbal over the bass drum - the first ride cymbal. The Ludwig Company invented a lower version of the hi-hat after observing Dodds tapping with his left foot; Dodds then suggested it be raised so it could be easier to play.

And so one man had a hand in the invention of both signature drum-set cymbals.

With a new sound becoming popular in the 1930s - due in part to the popularity of radio - a new drum sound was needed, and drum kits expanded to include not only the snare and bass drums, but also tom-tom drums; a China cymbal and small crash cymbals became popular additions. But the basic big band drum set soon became established as:

Eventually, the large floor toms got fitted with legs, and “consolettes” made it possible to add smaller drums (usually tom-toms called “ride toms”) above the bass drum.

As be-bop evolved, the trend led away from the big drums toward a sound that wasn’t quite as loud. Mostly this meant smaller drum sizes and the popularisation of the ride cymbal. Be-bop bands also pioneered the use of a double bass drum.

Discover famous drummers of rock and jazz that you could learn from!

With rock'n’roll, bigger drum kits became popular once more, many drummers, especially in the 1980s, using a highly-personalised drum kit with a great many different drums and cymbals.

What are the Parts of a Standard Acoustic Drum Set

As a beginner drummer, you won’t need to worry about unusual and eclectic drums such as timbales, congo drums or tambourines. You should start out with a basic drum set to learn your craft; you can always expand later on.

The components of an acoustic drum kit are:

A lot of children start out with a very simple three-piece drum set, comprised of:

(The “pieces” refer to the drums, not the cymbals).

What easy drum pieces can beginners learn to play the drum to?

This is extremely basic, and while there are many easy drum songs you can learn that don’t go beyond that, if you take drumming and drumming lessons seriously you will eventually want to invest in a five-piece kit or another drum set.

Let’s have a closer look at the individual drums and the different sounds they contribute to the kit.

Snare drums are double-headed drums with wires strung under the lower drum head and tensioned. Also called side drums, snares have drum shells that can be made out of wood, metal, acrylic or fibreglass. Drum skin tension is achieved by the use of tensions rods.

It is very sensitive and responsive and can be played very subtly to great effect, but also produce loud cracking sounds, especially if hit on its metal rim. It is often used for the backbeat.

You can play the snare with sticks, brushes or mallets.

There are almost infinite variations on the snare drum, from the Highland snare, piccolo snare to the tarol snare.

Do you know where the snare fits into the history of drums and drumming?

Bass drums are generally double-headed. They have a cylindrical body where the diameter is greater than its depth.

The bass drum is stricken by a heavy felt-covered mallet; two matching mallets or a double-headed mallet is used for drum rolls. On kick drums, this mallet is attached to the foot pedal.

When hung vertically, it might be played with a mallet in one hand and a rute in the other.

Bass drums have a deep sound. It is often played on beats one and three, contrasting with the backbeat (two, four) of the other drums.

A tom-tom (a term that supposedly comes from India) is a cylindrical drum. Unlike the snare, it has no snare wires; there are one-headed and two-headed variations.

Toms are usually used for fills.

The first examples had no rims, but as metal tensioning elements appeared, so did, eventually, the rim.

Hanging toms or rack toms are mounted on high stands; racks can take more than one drum. Floor toms are set on short feet. A floor tom is not quite as deep as a bass drum, but more resonant.

A drum set typically has several cymbals; at least two, with any number of additions:

Electronic sets have the advantage of full volume control - you can get the energy of hitting hard without blowing away the ears of little old ladies intent on their afternoon tea. You can even listen to them with headphones.

Electronic drums are particularly useful if you want absolute control over the volume of your drums or if you want to reproduce a sound that cannot be made by other modern instruments.

However, tapping the trigger pads does not have exactly the same feel as drumming on acoustic drums. You will be lacking feedback from your sticks.

It is possible to attach specially-made trigger pads to a traditional drum set for a hybrid drumming experience.

In the course of your drum lessons, your Superprof drum instructor may recommend such a kit!