Tips to Help You Learn to Write in Latin BlogLanguagesLatinTop Tips To Write In Latin!

To learn how to write the Latin language will take work and dedication! Sometimes, one might have to take a Latin course.

However, the Latin alphabet will not be a problem for the native English speakers wanting to learn Latin. Much easier than learning Chinese character, it will be the exact same as the English alphabet.

English took most of its grammar rules from the Anglo Saxon invaders that spoked Germanic languages and so writing Latin is more about getting familiar with the grammar, conjugation and vocabulary than learning how to write each letter. 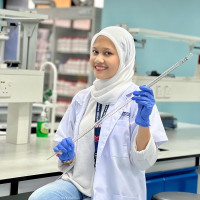 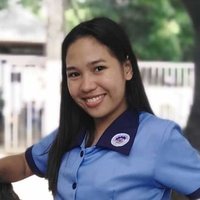 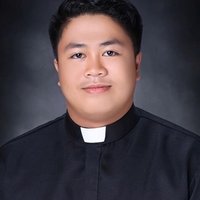 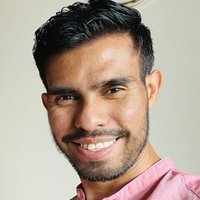 Use a Latin Manual to Learn How to Write Latin

Learning Latin is much easier today than it was when monks started to teach it to nobility's children. During Medieval times, learning Latin was all about memorising all the declensions, not understanding them, but just using the right declension for each word, verb and adjective.

It was learning through imitating.

Pupils were completely depending on their teachers to learn and it did not get any easier with Abbot Lhomond despite his attempt to simplify text for the sole purpose of making it easier to learn for students.

But learning by heart and repeating everything again and again was still the rule.

It is only during the 19th century in Germany for the first Latin manual to include texts to translate from the very beginning. It was not anymore about learning grammar rules, it became about applying them.

Find out where the Latin alphabet got its start...

This method was perfected during the 20th century: each lesson offered vocabulary, declension to memorise but also some grammar rules and English-Latin or Latin-English translations.

There are a few methods that are used today to learn Latin:

Grammar is the main focus at first with vocabulary slowly being introduced into the teachings. The lexicons provide similar word groups to help the memorisation.  Syntax and translations are limited in the beginning to focus on the grammar.

In this method, the most common grammar forms are introduced first. Vocabulary is introduced at a faster pace to increase the reading and translation ease of the students. The words lists often consist of parts of speeches rather than similar word groups.

Syntax and translation are taught early on alongside the grammar forms.

This method was developed to alleviate the boredom that many students felt when using the Grammar First Method.

Do you know of any Latin words used in English?

In this method, grammar forms are only introduced after a reading or a conversation and are usually fragmented. The vocabulary is picked to ease the reading and conversation.

The syntax is also presented after a reading or a conversation through discovery learning.

Other methods and textbooks are available and might be easier especially if you are learning on your own.

Pick up on our best tips for mastering Latin pronunciation...

The Riezmann & Goezler method is simple and short. It is mostly destined to young learners. Grammar is taught through exercises and no word list is given. The students have to compile the vocabulary by searching words they encounter into a dictionary.

One of the easiest methods is probably the "First Latin Reader" method by Nutting. Only 400 words are given to the students (usually around 1000) and the same phrases are repeated over and again to help the student memorise them.

Practice your English to Latin Translation

How to learn Latin?

The best way to learn Latin is by translating texts from modern English to Latin. When translating a modern language it is often recommended to think in the target language. But because Latin is an extinct language that might prove a bit tricky and somehow counterproductive.

Only the Vatican and the Roman Catholic Church still recognise the lingua latina as their official language.

Learning how to translate will require you to learn the Latin grammar rules, including the declensions. It will also be impossible for you to translate any text without knowing a minimum of vocabulary.

It is usually recommended to start with Latin to English translations, less complicated, this exercise will allow you to understand and learn words and to assimilate the proper use of the Latin declensions.

This exercise will also facilitate the learning of a copious amount of vocabulary. Feel free to write flash cards with words and go through them regularly to make sure that you retain all this new knowledge.

You will also quickly notice that punctuation marks are barely existent in Latin or that some texts are written entirely in upper case. Latin sentences follow different rules than English sentences.

Once you will have learned how to decipher Latin and translate it to English it will be time to do things the other way around.

The only limit to be learning Latin on your own is that no one will be there to correct and guide you. Checking that the declension you used is correct is fairly easy, but making sure that the word order is correct will prove a bit trickier.

Some online platform such as the Wheelock Latin Exercises will help you in the process of learning Latin. You will also find many forums hosting Latin enthusiasts that will be happy to give you a hand in your journey to learn Cicero's language.

How to Use Literature to Learn How to Write Latin?

To learn how to speak Latin is different from learning other modern languages.

However, as it is true when you learn French, Chinese or Spanish, learning Latin using a text written in this language will be a very helpful exercise.

This will allow you to enrich your vocabulary and your knowledge while requiring a minimum of effort, but only if you put a little effort into it: make sure to search for any words you might not know, write them down and try to deduce the meaning of a phrase through the context.

In the beginning, it will be better if you avoid ancient and complicated texts. A few examples of beginner-friendly Latin literature:

Reading Latin texts will also increase your knowledge of the culture of Rome and teach you much about antiquity.

The Roman Empire was once the most powerful in the world and it is not that much of a surprise that many European languages draw much of their nouns, adjective and verbs from Latin which was the lingua franca for centuries.

According to linguists and historians, some languages such as Albanian, Bosnian and even Icelandic were somehow influenced by Latin.

Even the Turkish people use the Latin alphabet.

Once you are more confident with your Latin, there are a plethora of modern books that have been translated into Latin:

You will find most of them on Amazon.com.

At last, once you will be completely at ease with Latin, you will be able to tackle some more serious and ancient texts such as De Bello Gallico by Julius Cesar or Orator by Marcus Tullius Cicero. Latin will become just as easy as your native language.

How To Learn Latin Calligraphy?

Most people think of Chinese or Japanese when they hear about calligraphy, but Latin is no stranger to this art of writing.

The Latin alphabet that we still use today, come from the earlier forms of writings such as the ancient Egyptian hieroglyphs and the Phoenician written language.

Calligraphy was actually the main way of copying texts throughout the Middles Ages up until the metal press was popularised in Nuremberg at the end of the 15th century.

Monasteries were full of scribes copying holy texts, laws, and letters. Each scribe could spend weeks on the same manuscript.

Before starting your Latin calligraphy, you will have to purchase some basic equipment: a dip-pen and a metallic quill as well as some ink, a pencil, and some blotting paper.

Better to get a notebook to practice your Latin calligraphy and with a little bit of practice you will be able to copy any Latin text such as monks have done for hundreds of years.

Now learn how you too could write in Latin...