The last few years had been intense. The man needed a holiday so he packed for tropical climes and grabbed a non-fiction book he’d been looking for a chance to read… anything that didn’t remind him of musical theatre!

Unfortunately – or fortunately, depending on how you look at things, it only took a couple of chapters for Lin-Manuel Miranda to visualise the life and times of President Alexander Hamilton as a Broadway musical.

Go ahead, read that again; we’ll wait. After all, it takes a while to internalise how the life and deeds of a long-dead American president could become a stage show, complete with contemporary dance and a racially integrated cast at the hands of a creative team.

While you were digesting that bit of information, we did some checking. There have been many films made that involve presidents and even a couple of only partially fictionalised biopics of presidents.

Perhaps the lives and deeds of American presidents have never been seen remarkable – for the most part, anyway.

Mr Miranda also did some checking. There has never been a Broadway musical about Alexander Hamilton; indeed, there had only ever been one play written, staged around 100 years ago and likely not performed since.

Time for an update, don’t you think?

If anyone could bring Hamilton’s story to light and give it the modern twist needed to make it appealing to today’s audiences, it would be Lin-Manuel Miranda.

Let’s see how he did, shall we? 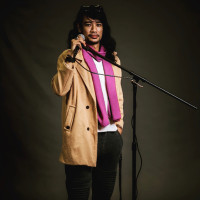 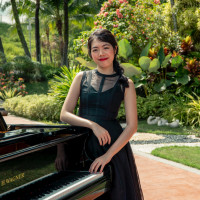 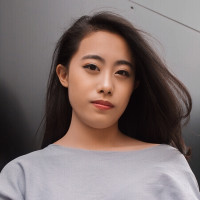 A Brief Synopsis of Hamilton

The scene opens on the island of Nevis, in the West Indies. We see an orphaned child scrabbling his existence in any way he can. He is quick-witted and clever, absorbing facts and knowledge like a sponge.

Soon, he leaves his island home behind, gaining passage to the fabulous city of New York, where he promptly falls in with a group whose lives will intertwine with his in the most fatalistic way.

They are all competitors – against each other and, together, against the world; they are a collection of revolutionaries. Their fiery discourse and new-wave attitudes do not please the English King, whose representatives attempt to assert his authority across the colonies.

You must remember that, until the Articles of Confederation were drafted, what became the United States was an English territory.

Of all his frenemies, Aaron Burr is, quite literally, the burr of his life.

Now, reconciled with his wife, Hamilton supports the presidential candidate that Burr loathes. The latter challenges his erstwhile friend to a duel – an act that will change his life forever.

That duel is the crux of the men’s relationship, on stage and in real life.

Hamilton deliberately misses his target while Burr, with deadly intent, shoots to kill. His success ensures that he will be forever remembered as the man who killed the founder of the bank of the United States, Alexander Hamilton.

Historical footnote: Mr Burr was never brought to trial for killing Mr Hamilton even though duelling was illegal at the time. However, as mentioned in the show, he did indeed suffer ignominy for the rest of his life, and he was exiled from politics.

Do politics also play a role in the musical Cats?

For all of Mr Miranda’s enthusiasm and energy, Hamilton did not go from concept to reality overnight.

In fact, it was while on holiday from playing the role of Usnavi in another Tony Award-winning show he wrote called In the Heights that he conceived Hamilton. He continued on with that role even as he was writing his new hit show.

His credits include the Spanish-language production of West Side Story while In the Heights was on hiatus. Clearly, the man keeps busy!

He started working on Hamilton – then called The Hamilton Mixtape in 2009, performing what would be the first song of the show at The White House. Among his many other projects, it took another year for him to write the show’s second song, My Shot.

By Summer of 2013, all of the songs from the proposed show’s first act were completed, as well as three songs for Act II. He performed them at the Vassar Reading Festival, accompanied on the piano by music director Alex Lacamoire.

We can hardly fault Mr Miranda for taking so long to bring a new musical to the stage; clearly, he had his hands full of work – and, thankfully, his head full of music.

Time for musical theater trivia: which American musical was never meant to be a musical comedy? Hint: it bears the same name as a city in the US…

Search for singing lessons on Superprof.

Hamilton’s off-Broadway debut, at The Public Theater, was in January 2015.

Three members who performed at the Vassar Festival reprised their roles at the premiere. The show was choreographed by Andy Blankenbuehler, with Thomas Kail directing.

Accolades and superlatives poured in! Critics loved it, audiences loved it… it had to move to a bigger stage.

It premiered on Broadway, at the Richard Rogers Theatre in August that same year. Most of the actors from the off-Broadway production reprised their roles on the bigger stage, as well as much of the technical staff – lighting, sound and scenic design.

Again, rave reviews. Again, fantastic yield at the box office – it became difficult to get tickets. It was time to take the show on the road.

Hamilton opened on Broadway in Chicago in 2016, where hopeful patrons had to buy tickets as quickly as possible lest they miss out. There will be more information about ticket sales in a mo. The Chicago show is projected to run through 2020.

Besides those two runs, there is a theatre company touring the US, performing the musical in select cities.

Cameron Mackintosh is head of the West End production of Hamilton, with performances near-nightly at the Victoria Palace Theatre. London theatregoers also rate it the best musical.

Did you know that Mr Mackintosh was instrumental in bringing Les Miserables to the stage in English-speaking countries?

Take singing lessons near me on Superprof.

Early previews of Hamilton had generated such a buzz that even before its Broadway debut, tickets had sold out. By September 2015, Hamilton was the second-highest-grossing show on Broadway after The Lion King.

In fact, the show set and continues to hold the record for the number of tickets sold in a single weekend for a Broadway show.

What makes this show a standout is that each character is given its own voice – not just in song or rap but by invoking different masters of musical theatre.

Jesse Green, of New York magazine, writes: “I caught the verbal references to Rodgers and Hammerstein, Gilbert and Sullivan, Sondheim…”

Indeed, Mr Miranda cleverly draws on the legends of musical theatre even as he drags it, kicking and screaming into a new era.

It is perhaps a transition that needs to happen; after all, how many times will a theatre patron want to get tickets to a revival of Mamma Mia or The Phantom of the Opera?

And which musicals could do it better than Hamilton?

Even before it debuted in a Broadway theatre, the show was collecting awards – for outstanding choreographer, for outstanding director, for the best actor, which Mr Miranda himself won.

It swept the Lucille Lortel Awards and the Drama Desk Awards in virtually every category from Featured Actress through Best Choreography and onto Best Music and Lyrics.

Once Hamilton became a Broadway production, it qualified for the Tony Award. It won a total of 11 Tony Awards for everything from Best Musical to Best Orchestrations.

And, as though that weren’t enough, it went on to win a Grammy Award for Best Musical Theater Album and a Pulitzer Prize in the Drama category. And, just last year, it won a Kennedy Center Honor.

How much praise can we heap on one person? Lin-Manuel Miranda had better get used to it.

The show has already wowed audiences in Puerto Rico. It is set to open in Germany next year and in Australia the year after that. How much those audiences know about American founding fathers is debatable but, through Hamilton, they will certainly get an education!

Who can think of a better way to learn about history than through the work of a playwright such as Mr Miranda?

Can’t get enough musical theatre? Discover the stories behind other popular Broadway musicals...