Our Tips To Improve Your English Among the astronomical amount of educational resources available for people to improve their level of English as a second language and to progress quickly, you will find options such as one-to-one tuition, language study abroad, and using the Internet to learn English for free.

Nevertheless, nothing will be more effective, to become bilingual, than to immerse yourself in a foreign school for a year or two.

Want to improve your language proficiency, linguistics, literacy, vocabulary grammar and reading and writing skills outside the classroom?

"What is Americanization? It manifests itself, in a superficial way, when the immigrant adopts the clothes, the manners and the customs generally prevailing here. Far more important is the manifestation presented when he substitutes for his mother tongue the English language as the common medium of speech."

Louis D. Brandeis, an American lawyer and associate justice on the Supreme Court of the United States from 1916 to 1939.

According to Kaplan, a company that can organise your placement abroad, 65% of respondents thought that travelling to English-speaking countries and taking online English courses with other foreigners was the best solution to learn how to speak English.

Here's how to learn English as a second language with natives English speakers: 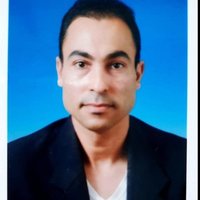 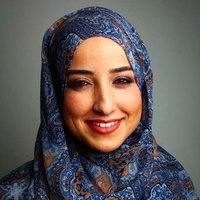 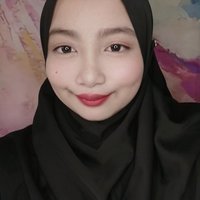 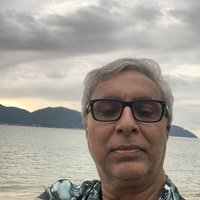 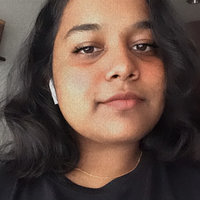 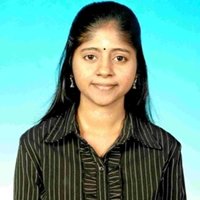 Practice Your English With Natives Living in France

As countries' economies become more and more interdependent - and open to international competition -  stacking language skills, especially English has become one of the best assets in the professional world.

In fact, an "Erasmus +" survey estimated that in 2016, one in two companies was looking for English proficiency in candidates during the recruitment process.

Past the professional interest in learning English - mastering this language is also a way to be able to communicate in English and to be understood by all foreigners in the non-French-speaking world.

It is often said that learning a language and practising it stimulates the cognitive abilities of the learner.

The pitfall of language learning is that you do not necessarily have the time and/or the money to go abroad. In addition, leaving France can be emotionally difficult especially if you are close to your family, friends or if you are married.

Luckily you can find a large community of English-speaking expatriates in France: and the Internet has made it as easy as ever to find them. You will just have to make the effort of meeting expatriates or students (if one lives in one of the big cities of France).

But if they do not speak French, then the exchange can be difficult if you do not understand their language or their accent. At the university or at a higher education school, there is often a department of international relations.

"I don't follow anything blindly. I have to know the entire thing, if I have to get in to it. It might sound funny to you, but it's like using English language. I use an English word only when I know its meaning and understand its connotation. You won't hear me say, 'What's up, dude' or anything like that just for the heck of it."

Well, to find a correspondent amongst the many foreign students in Erasmus or the ones that came to study in France through other programs!

To find private English teachers, you can also think of taking a look at a cultural centre to take intensive courses - individual classes or group classes - attend evening debates and conferences.

This will allow you both to meet the new people and to develop your knowledge of English, American, Australian, Scottish, Irish, New Zealander cultures.

Major cities in France have at least one specialized English-language bookshop, like the Shakespeare and Company (Paris), which organizes - among other things - book readings in English.

A perfect way to improve your English through art and culture!

By listening to English speakers, you will accumulate English vocabulary and improve your oral comprehension in the language of Shakespeare.

How to get an English course without leaving the comfort of your home? Simply join an expatriate community!

In France, when you move to a city where you have no social network, you can meet other people through the site Onvasortir (OVS).

To study English, there's an equivalent to OVS with the InterNations and Meetup platforms, which organize a variety of themed events all over the country (language and culture, training, photography, history, animals, etc.).

Finally, another possible option to acquire a "self-taught" fluency in English is to immerse yourself in an English-speaking world completely at home.

We thought of another technique to meet anglophones in France: bring them home! How?

In France, you can take part in events in your home city to learn English, and you can host travellers whose first language is English (from the Commonwealth and English-speaking Africa).

A great way to get a private English teacher at home to be forced to practice every day!

Here's the best way to speed up your language training: to learn English in England or another Commonwealth country.

If you live in France, the easiest solution is to take a language trip to London, Dublin, Belfast, Glasgow, Edinburgh or Birmingham.

The geographical proximity to the United Kingdom makes it theoretically easy to travel to these Anglo-Saxon cities. Nevertheless, the UK is not very exotic ...

Moreover, such a trip can be expensive!

The English-speaking countries have entered into bilateral agreements with France (and also Germany) to provide a valuable piece of paper for young French aged between 18 and 30 years: the French holiday permit working, or working holiday visa.

This visa allows all young people that obtain it to leave for a year (sometimes two under certain conditions) in Australia, New Zealand or Canada, to do small jobs to finance their trip and freely explore the country while deepening their level of English language.

To leave in the framework of a WHV will give you the possibility to receive a refresher of excellent quality.

When working for an Australian, Canadian or New Zealand company, you will have to communicate with other employees, often travellers themselves - so take an informal conversation course - and learn a specialized vocabulary.

For example, dishwashing in a restaurant in Australia will develop the lexical field of cooking and hotel service. By doing a fruit harvest - you will learn the terms of agriculture.

Also, English expressions and other small swear words, along with different levels of language (familiar and polite, popular and vulgar).

WARNING: it is recommended to avoid rubbing shoulders with French speakers if you want to learn quickly.

Note that Malta is certainly the most economical English-speaking country compared to the United Kingdom, the United States, Canada, Australia and New Zealand: the cost of living will be lower than in France!

As part of a language study stay, you can stay in a homestay, make friends and converse with children and teenagers from the host family, take an intensive English language programs at the language school and at the same time teach your host how to speak French.

What better way to speak fluently after one, two or three months?

The ultimate goal is to be so immersed in the English language that you can think and dream in English.

Despite several trips or exchanges with the English-speaking community of your city, your level of English does not take off?

Courses with a native teaching English on Superprof may be needed!

Among all our teachers, Superprof has 40,924 English teachers throughout France.

Unlike our other articles on learning English, you will only find here teachers born in an English-speaking country.

In class, a wide range of courses are available for students to pick from:

In fact, homeschooling - which is also possible outside your home - will involve a certain budget, but practising English face-to-face will prove to be much more effective than learning on your own, in front of your computer screen.

Convinced? Do not wait and go for it!