The Evolution Of Still Life Art Through History Instagram and Facebook might be where you find the most still-life photographies, every shot of juicy burgers and fancy cocktails falling into the still-life picture category, but still-lifes have been around for a while now.

Ancient Egyptian were the first (that we know of) to be producing still-lifes. Fortunately, it did not stop there, and thousands of years later, the art of still-life is alive and well.

This article will take you through the development of still-life art throughout history.

"What is a television apparatus to man, who has only to shut his eyes to see the most inaccessible regions of the seen and the never seen, who has only to imagine in order to pierce through walls and cause all the planetary Baghdads of his dreams to rise from the dust." 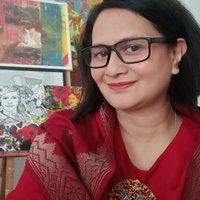 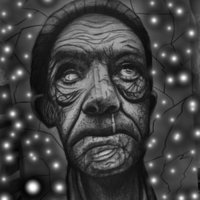 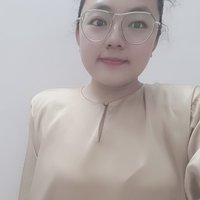 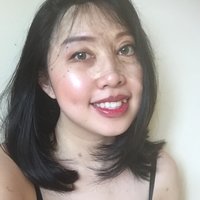 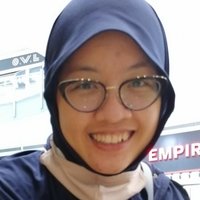 Alike life art, still life art is nothing new. It is actually very (very) old, as the first still-life painting and carvings can be traced back to Ancient Egypt.

Still-life as an art form first originated from Ancient Egyptian highly codified mortuary rituals. Egyptians at the time believed that objects represented on the walls of a tumb or inside a sarcophagus would accompany the dead in the afterlife.

They also used still-life paintings as offerings for the gods and baskets of figs, grapes, bread or meat were commonly painted on frescoes.

Greek and Romans later realised similar types of paintings though they did not associate any religious symbolism to it anymore. However, unlike Egyptian frescoes which were not using any perspective or shading, Greek and Roman started to develop a somewhat sophisticated form of still-life ar, more realistic and detailed.

Many mosaics and paintworks survived in Pompeii under the ashes that covered the town when Mount Vesuvius volcano exploded in 79AD. The scenes and objects depicted by the Roman mosaics and paintings show the importance that the Romans put on hospitality, commonly the still-life artworks that have been unearthed in Pompeii and Herculaneum, show offering of food and water made by the hosts to the guests.

Look up drawing lessons for beginners.

One of the most famous artworks recovered in the ruins of Herculaneum is the Still Life with Peaches which was part of the entrance of one of the most wealthy villas of the city.

From Ancient times to the Renaissance

One of the best examples of illuminated manuscripts featuring still-life drawing is Hours of Catherine of Cleves. Catherine of Cleves was a wealthy Duchess of what is now part of Germany.  She commisioned her book of prayers in 1430, and it took four to ten years (depending on the historical source) for the Dutch artists she had hired, to finish the book.

The artist who remained anonymous chose an unusually wide variety of subjects for the illustrations of each page. The borders of the pages have been filled with fantastic trompe l'oeil illustrations depicting nature: mussels, fruit, birds, fish and much more. The illustrator also chose to represent man crafted items such as jewellery, tiles, coins, and furniture. He also included humble class every-day occupations such as milking cows, baking bread or selling wine alongside luxurious scenes indicating that the book was destined to a noble client.

Learn more about still-life artists and their art.

The Renaissance movement started in Italy in the late 13th and slowly made its way across Europe over the four hundred following years, changing European art forever.

It was only during the 16th century that the Renaissance movement fully hit the Low Lands (name of the Netherlands at the time), but it took a bit of time before the Dutch artists really made their mark on still-life art.

The religious aspect of still-life art remained a significant influence on Rennaissance artists of the Dutch Golden Age. While Italian and French artist of the early Renaissance movement often favoured human matter subjects, some Dutch masters decided to focus their work on still-life and revived the interest for this art style.

Vanitas still lifes were a widespread genre of Dutch still-life. Their composition often included a skull, symbol of mortality as well as rotten fruits, watch and hourglass, all reminders of the passing of time and the fleeting nature of life. Usually featuring a black background, they reminded the viewer of the certainty of death and that all the wealthy objects, lavish feasts and luxurious settings painted by the artist did not matter.

Another frequent subject for Dutch art at the time was flowers in a vase. One particular flower very commonly represented was tulips. As the Netherlands and Amsterdam became the biggest producer of the flower, an arranged bouquet of tulips was a perfectly adequate subject and was usually painted with oil on canvas.

Towards the end of the eighteenth century, the French Academy, hugely influential art institution at that time,  had declared that the subject matter of a painting was more important than the painting techniques and colour harmony used.

The human form was considered the most important and more difficult to depict and so still-life was put at the end of the Hierarchy of Subject Matter. It was not until the end of the 19th century that this point of view declined and the Impressionism movement emerged.

The movement originated in Paris during the 1860's, under the influence of one group composed of four young artists: Claude Monet, Pierre-Auguste Renoir, Alfred Sisley, and Frédéric Bazille. They had all met while studying for the same master painter but decided to follow the earlier influence of painters such as J.M.W. Turner or Eugene Delacroix.

"The artist who aims at perfection in everything achieves it in nothing."

Their style put freely brushed colours before well-defined contours and line, emphasised the play on natural lights while boldly painting shadows and paying a close attention to the reflection of light and colours from object to object.

They also used the wet paint into wait paint technique, rather than waiting for the first layer of paint to dry, which resulted in softer contours and overlapping of colours.

While they did not invent any of the painting or drawing techniques that they used, they were the first to use all of them together, giving their work a unique and original look.

The Post-Impressionism movement, mainly led by Paul Cezanne, was an extension and continuation of the Impressionism movement but it rejected its limitations. Post-impressionist artists such as Vincent Van Gogh or Paul Gaughin, still used vivid colours, thick brush strokes and real-life subjects but accentuated the geometric forms, often distorting their subject to convey a message and using subjective colours.

It is from Post-Impressionism that cubism and fauvism, two other painting movement, emerged

In more recent years, Georgia O'Keefe's work laid the foundation of American Modernism with her New York's skyscrapers cityscape and New Mexico landscape paintings. Her large-scale paintings representing close up flowers is some of the best examples of modern still-life artwork.

O'Keefe's legacy on the American art scene is undeniable, and only a few years after moving to New York in 1918, she became the highest paid American woman artist, paving the way for many others.

With the advance of technology and the advent of the Abstract art movement, still-life artwork has been following many roads.

“Art should be something that liberates your soul, provokes the imagination and encourages people to go further.”
― Keith Haring, American artist

Artists such as Andy Warhol, used prints on canvass as a media stuck between painting and photography.

Some contemporary artist took still-life art one step further in exhibiting massive artwork installations. Such a setup was created by epic feminist artist Judy Chicago in 1979. Titled The Dinner Party, the masterpiece consisted of a triangular table of nearly 15 meters on each side. Each side was laid down with 13  settings and each set included on the table, a hand-painted china plate, ceramic flatware and a chalice along with a golden embroidered napkin.

This massive installation, which took more than six years and a quarter million dollars to complete was made to honour women of importance throughout history. Each seat was dedicated to a different woman, her name embroidered into the tablecloth. Each side of the table corresponded to a different period of history.

Still-life art had long been only represented through two-dimensional artwork, paintings, drawings or photography. Such visually impactful, three-dimensional installation allowed to immerse the viewer into the still-life art piece and bring a much more interactive approach than classical still-life drawing.